Home / Uncategorized / Programming to the people

Programming to the people 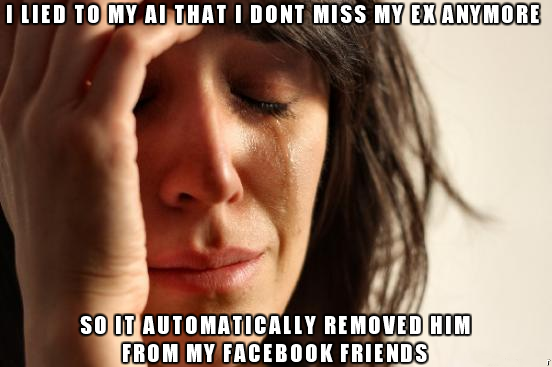 On my work, as an exercise, we needed to take some time and come up with a “vision“. This is the complete, unedited text of the vision I always had and dreamt about, just now I needed to materialize it with the words and present it to collegues. I am sharing it now with the world.

My vision is simple.

My vision is that my boss, gets fired.

Did I get your attention? I hope I did, because when you skimmed over this text, you probably though „Oh my God, look how much this guy’s vision is long, who is going to read all that“. OK, let me clarify this some more for you – I want myself also to be fired; I want my colleagues to get fired; I don’t want programming to exist at all!

People to the programming

This may sound pretty radical to you, but this is intentional (and by the way, if it does – thank you). Joking aside, I want you to look at the current state of „computing“ or whatever you want to call it. Today, you get some box we call computer and this box is driven by something we call OS. On top of that, we got a bunch of programs we use to accomplish something. These programs are real little gems. Each and every one of them is designed to have some purpose. All of them are hand-crafted, nourished, polished and constantly taken great care of. All of them required man labor to create them and keep them updated. A real calories-burning, sweat-in-the-pants, hemorrhoids-in-the-butt type of labor. Never underestimate even the simplest of programs such as Notepad, as each one of them is a little piece of art; where every line is looked thousands of times, every condition is triple-checked, every bug is opened and resolved three times before finally closed! Is this sustainable? I think not. And that’s only one of the problems. Bigger problem, as I already said, is that all of those programs, no matter how big they are, have static purpose – they let you solve one problem. No matter how complex they are (think of Excel), you are the one that needs to drive them and you are the one that needs to be creative and thorough to solve your problem; programs are merely a helpers. And to make things even worse, your problems are usually not solved by one program alone – you need to switch constantly between something called “windows” to get your work done. To conclude – programs are stupid helpers and you are the one doing all the work, not programs. You…you, my friend should make choices, not solving simple problems! So, I say:

Programming to the people

Imagine now what it would be like to have machine to be more than just “compute” in “computer” – imagine AI built on those machines, so advanced that it is capable to think as a human, but at the same time powerful enough to complement man in what we are not good at – “computing”. I am aware that this idea is not new and it’s just a cliché – almost every SF book or movie have AI embedded somewhere in it. But let’s forget for a moment Arthur Clarke’s HAL9000, Asimov’s Multivac or Skynet from Terminator and hundreds of others. They are all sweet and nice, but if you remove the characters and plots, or evilness from AIs, you are left with one idea – and the sole purpose of this vision is to emphasize this idea. Having AI means that your machine could be converted from set of unconnected, isolated, primitive tools to your real assistant – assistant that understand the context of problems you are trying to solve. Just imagine the freedom you could have when you could articulate what your problem is to AI and let it solve it for you. Implication to this are enormous. First of all, people will have more time to focus on their businesses and on important decisions, AI is the one that will do the boring stuff. Second of all, there will be no programming as a concept and no developers; in fact, everybody will be developer in some way. Mary from Southborough, England will not have to bug her shy geek friend to create her program to rename her pictures from vacation as date pattern (she would not have sex with him anyway) nor she would need to search on the internet programs called “Super JPEG Renamer 3000” just to extract EXIF data from pictures and batch rename them – she would just explain to her computer what she needs to accomplish. Deepak from Bhopal, India, avid writer and former developer, will not have to hire an IT company or fiddle with WordPress just to create his blog that explains why new AI technology sucks – he will ask computer to do all the boring stuff and he will just pick a domain, theme, options and start writing immediately. Larry from Louisiana, USA, also known as “Fatty McFatFat” on RottenTomatoes, 35 years old who is still living in a basement in his parents’ house always wanted to be a movie director – he doesn’t need big studio or fancy programs to create CG effects, he will direct whole movie from the comfort of his couch in the basement. Cristobal from Santiago, Chile have a charitable organization that collect second-hand clothes and he wants to know what type of clothes people needs most and for what gender. He have all the data, but he doesn’t know how to query database to get that information – computer is there for him to figure out the existing schema and to obtain any information he is requesting from it. As you probably noticed, I am giving examples as if this AI exists today. In reality (or at least, in a theoretical reality), decades will pass before we have that AI and a lot of crucial things will change. Possibilities I am presenting here are probably ridiculously elementary and without imagination, but constant is the same – computer should free us. Are we going in the right direction? Well, I think it depends how you look at the things. I feel we are more interested in optimizing our lovely little retarded tools that we currently have than investing in this approach. On the other hand, with current state of our knowledge of physics, materials we use and state of software engineering, I don’t think we could do better at this point anyway – it will take time for conditions to evolve before we start going there. Anyhow, child in me like to think that this is the future and that this future is near…even if it means I would be part of layoff as technologically redundant.

Power to the people, right on

Similar to how we managed to bring books from monastery’s elite to peasants using Gutenberg’s machine, similar to how we provided electricity to those that couldn’t tell the difference between AC and DC even if it hit them in the head and similar to how we brought computers even to the people who were not wearing thick glasses and didn’t have tics, goal for the centuries to come is to bring programming to masses. And this is the next step to really empower people. I am hoping only that there will come a day when human civilization will see and speak to real Multivac and not only just read about it. And as for the reading – thank you for reading this!